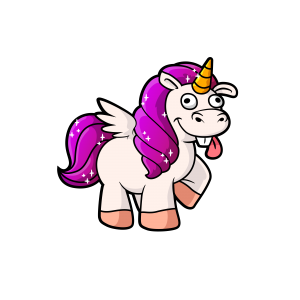 To quickly summarise, Shopify is an easy-to-use build-to-go e-commerce store that encourages brand ownership for merchants. The company aims to provide a smooth and frictionless e-commerce experience for its merchants’ customers, with an increased focus on the mobile front. To attract quality merchants, Shopify has in-built tools, and dashboards to aid in streamlining merchant business operations. Additional plugins and business solutions are introduced to increase “lifetime value” and “value extraction” from existing successful merchants looking to scale. One advantage Shopify inc claims to have is the enormous Data gathered from more than 2 million(based on 2021 annual report statics) live Shopify stores.

Shopify Inc’s success ties in with the success of its merchants.

Hence, the success of Shopify is reliant on its ability to attract new merchants, increase lifetime value & value extract more revenue from its existing merchants’ pool. As we can see from the graph above, there were periods of declining margin.

Another point is revenue from subscription and merchant solutions has been “choppy at best” or experienced declining growth. In 2022 Q1, revenue from both solutions actually fell.

The death spiral for Shopify began in DEC 2021 before the Q4 and 2021 annual report was announced. This can be attributed to the overall bearish market sentiment particularly tech stocks in anticipation of interest rate hikes. Shopify was also hit particularly hard due to the 2021 Q3 Operating loss and overall unsatisfactory results. During the start of the sell-off, 2021 Q4 results were not released yet presumably investors just assumed another negative quarter.

Coming into 2022, Shopify experienced 2 consecutive operation losses due to an increased cost in “Sales & marketing” and “R&D”.

It seems that Shopify’s business development direction has remained constant and can be summarised into 4 categories:

What can we conclude from Shopify’s business development?

Shopify Inc aims to be a premier choice for businesses’ digital footprint. The goal for Shopify is to cast a wide net to attract merchants of all sizes, and tactfully rope the successful/establish business with its Shopify in-house integrated solutions and logistic infrastructure. This is evident from the “Merchant solutions” revenue seen below. As we have established above, the Merchant solution would only generate income if the merchant opts to continue renewing their services. This implies that Shopify’s merchants are financially successful and the service provided is genuine of value to them.

Another noteworthy point is that the Merchant solution carries a heavier weightage in Shopify’s revenue than subscription solutions.

What would determine Shopify’s success?

Shopify’s success would be determined by its ability to capture

This statement is further backup by their bar chart  “Revenue by Cohort. From this bar chart, it is extremely telling that revenue increased from merchants acquired from the previous batches.  The implication is that when Shopify is successful in courting “High-quality merchants”, the company has proven it has the ability to funnel these merchants toward the Shopify ecosystem. Thus, enabling value extraction from the same merchant pool. With a fulfillment network, Shopify can offload some of the business complexity for new merchants. If this network is a success, Shopify can expect to see a growth in revenue in their merchant solution.

In my opinion, the figures presented in 2021 are distorted and unsustainable. The inflated figures are mentioned above primarily due to social change, and more people trying out their side hustle business, as evident by the 75% increase number of merchants in figure 3. 2020 positive operating margin could be attributed to the surplus of cash from the stimulus package and lockdown which inadvertently increase consumer online spending.

As for 2021 Q1, it is impressive that the Net margin and Operating margin remain in the green despite the tough economic situation for the consumers. Do keep in mind that Walmart, Target, and other retailers are reporting higher inventory turnover days. Since most of Shopify’s revenue is generated from a subscription plan with a minimum of 1~3 months lock-in periods. The net positive results might be because of deals made in the previous months.

The good news is from the Quick Ratio, the company is in good financial health and is likely able to withstand these unforgiving market conditions.

Is “Buy with Prime” a threat to Shopify

Buy with prime (BwP) by amazon represent fierce competition for Shopify. BwP allows the existing 200 million Amazon Prime members to shop directly from retailers’ online stores with the same benefits they get when shopping directly from Amazon, such as fast and free delivery, easy checkout, and free returns on eligible orders. Merchants not on Amazon can also participate in the BwP program. This program will roll out in phases. Here is a youtube video by Nick explaining BwP.

In my opinion, Shopify a built-to-go e-commerce shop does not build brand loyalty with their merchant. It is my belief that merchants would jump platforms if it makes business sense for them.

The current Shopify strategy for value capture is to be the platform of choice for e-commerce merchants of all sizes.

To achieve this goal, Shopify inc has to balance its aggressive “marketing & Sales” campaign with R&D and “Strategic acquisition”.

The aggressive marketing & sales campaign is a necessary expense at this stage of the company’s growth. Why?

By casting a wider net, it would increase the chance of incubating High-value merchants (or merchants who are likely to succeed) into their Shopify merchant solution ecosystem to maintain a positive operating margin. As evident by the points made earlier in the post, High-value merchants contributed more to revenue.

The revenue generated would continue to be funneled into “marketing & sales” and “ R&D on solutions and logistic infrastructure”.

In order to reduce “marketing & sales” & retain public preference as the premier affordable e-commerce solution, Shopify must built-up its ecosystem it becomes synonymous with a “successful eCommerce Platform” and “Merchant friendly business solution”.

To summarize, Shopify like Netflix is facing competitors with deep pockets, wide-reaching influence, and resources. It must acquire enough high-quality merchants to fund its development of solutions & infrastructure expeditiously and with near-perfect execution. Critically, before amazon establish a foothold in the “merchant’s e-commerce” space.

Is Shopify a buy for me now?

Not for me. Shopify faces a significant headwind In the form of

With an ROIC and WACC indicating value destruction from growth, this investment is too risky for me to stomach.

The encroachment of Amazon as a direct competition toward Shopify’s revenue subscription model is also a cause for concern.

The current slowing revenue growth performance and the ever-increasing aggressive sales & marketing expenditure carry too much Financial risk for me too.

During Q2 earning release(27 JULY 2022), Shopify also announced it will lay off 10% of its global workforce. CEO Tobi Lutke acknowledged he had misjudged how long the pandemic-driven e-commerce boom would last, and amid a broader pullback in online spending, Shopify would move to cut a number of roles.  This isn’t necessarily a deal breaker. Because the resources saved could be diverted back to the north America market.

With all this, in mind, I would only start considering adding Shopify into an investment if there is an increase in A comparison between S-REITs vs T Bills will net you a higher ROI in 2022.

A comparison between S-REITs vs T Bills will net you a higher ROI in...

How did the Banks perform From a Zero interest rate environment to a high-interest...

Is Semiconductors sector a good investment in 2020?

An idiots’ guide to The Federal Reserve System

This website is for general information only and is not intended for distribution or use in any jurisdiction where such distribution or use will be unlawful. It is not an offer or solicitation to buy, sell or otherwise deal in, nor financial advice, endorsement or recommendation for, any investment product. Please seek advice from an independent qualified financial adviser. MyPassiveinvesting.com, its affiliates and representatives hereby disclaim all liability for any loss or damage of any kind (whether direct, indirect or consequential) suffered or incurred by any person and organization arising from or in connection with this website including any of its social media page and account, or any use of or reliance on its contents. All representations and warranties (whether express, implied or otherwise) are hereby excluded.”

I am not liable for any damage or loss incurred by you as a result from reading my content from this website or any of my social page. I don’t offer any financial and investing advice nor am I qualified, financial advisor (I AM NOT). This Blog is from a viewpoint of a novice investor

The artwork shown on the blog is not owned by me. Creditation is here